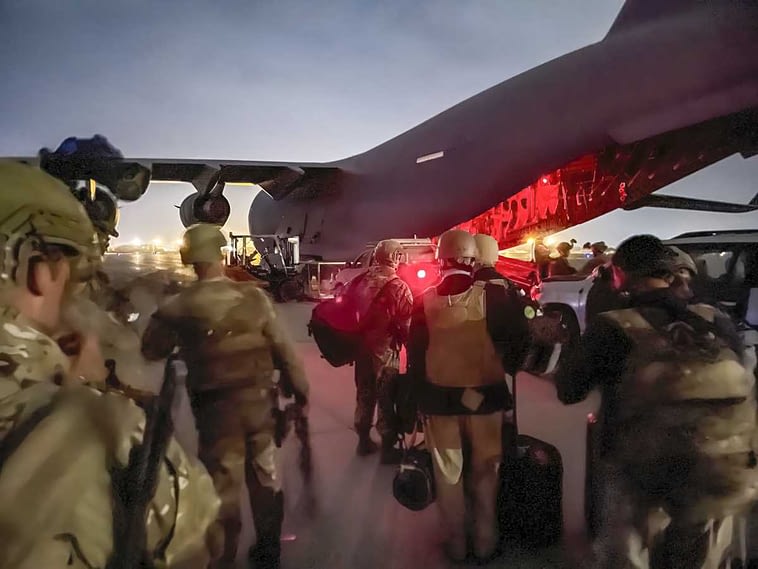 In this image provided by the U.S. Army, paratroopers assigned to the 82nd Airborne Division, and others, prepare to board a C-17 cargo plane at Hamid Karzai International Airport in Kabul, Afghanistan, Monday, Aug. 30, 2021. (Master Sgt. Alexander Burnett/U.S. Army via AP) 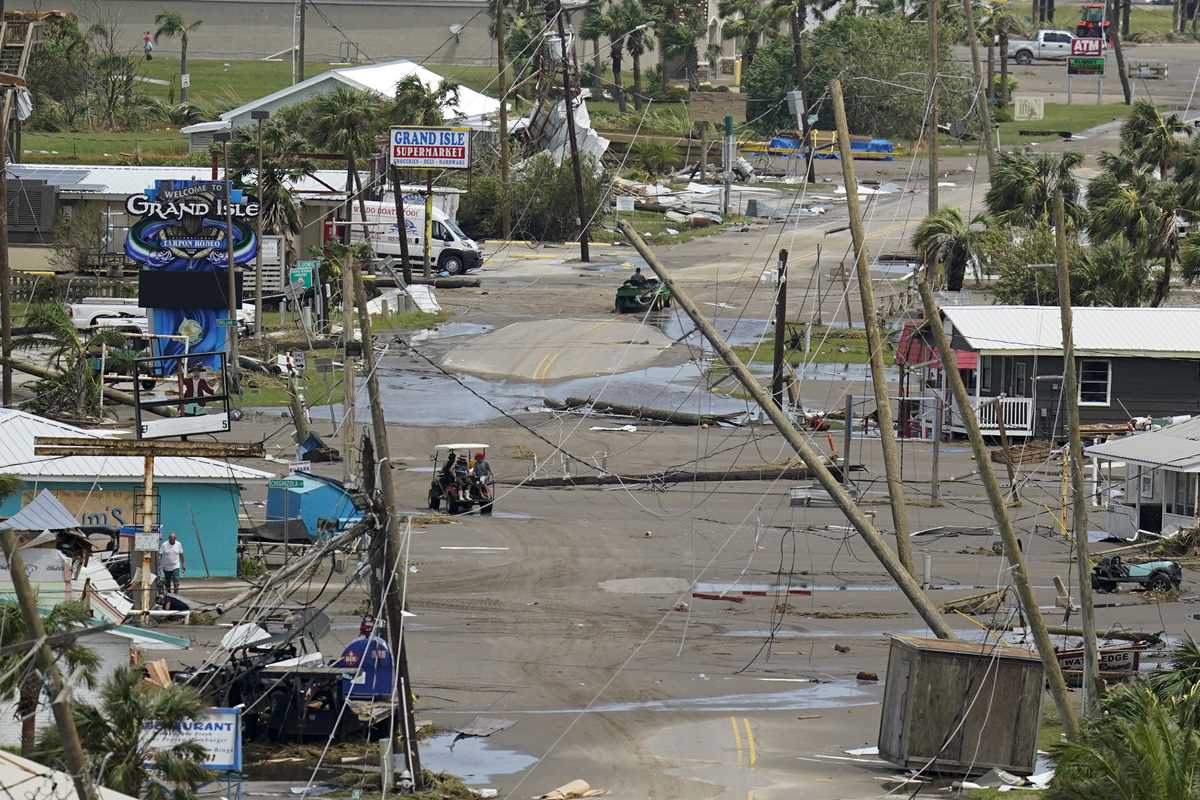 The remains of destroyed homes and businesses are seen in the aftermath of Hurricane Ida in Grand Isle, La., Tuesday, Aug. 31, 2021. (AP Photo/Gerald Herbert)

LOS ANGELES (AP) — The U.S. evacuation from Afghanistan and fearsome Hurricane Ida drew viewers to cable channels that focused on the unfolding events.

Fox News Channel had the lion’s share of the most-watched cable shows last week, 19 of the top 20, according to Nielsen figures out Tuesday. MSNBC got a less dramatic ratings bump from the prior week.

Last week’s coverage of the removal of U.S. citizens and Afghans at risk included a devastating airport suicide bombing that killed 13 U.S. service members and more than 160 Afghans. The evacuation ended Monday.

The Weather Channel’s audience grew as Ida barreled toward the Gulf Coast. The channel’s ratings among young adult viewers increased by 38% last week over the same period in 2020.

As Ida made landfall in Louisiana last Sunday, Weather Channel was the most-watched on cable among viewers 25 to 54.

The destructive hurricane cost lives and left more than 1 million homes and businesses in Louisiana and Mississippi without power.

Fox News improved its performance from the previous week when it topped all broadcast and cable outlets. But NBC, on the strength of its top-rated “America’s Got Talent” and football broadcasts, was the most-watched network.

For the week of Aug. 23-29, the 20 most-watched programs, their networks and viewerships:

7 Stocks That Could Benefit From a Capital Gains Tax Hike

In general, a capital gains tax hike is a bearish indicator for stocks. However, there are a couple of strategies that can help investors avoid some of the tax hit. One strategy is to keep your investments in an individual retirement account (IRA) or 401(k). However many higher-income earners want to have more access to the funds in their brokerage accounts.

In this special presentation, we’ll give you seven stocks that have a nice dividend yield and a strong story to go along with them.

View the “7 Stocks That Could Benefit From a Capital Gains Tax Hike”.