People carry harvested paddy in a rice field on the outskirts of Srinagar, Indian controlled Kashmir, Friday, Sept. 16, 2022. The Asian Development Bank said Tuesday, Sept. 27, 2022, it will devote at least $14 billion through 2025 to help ease a worsening food crisis in the Asia-Pacific. (AP Photo/Dar Yasin, File) 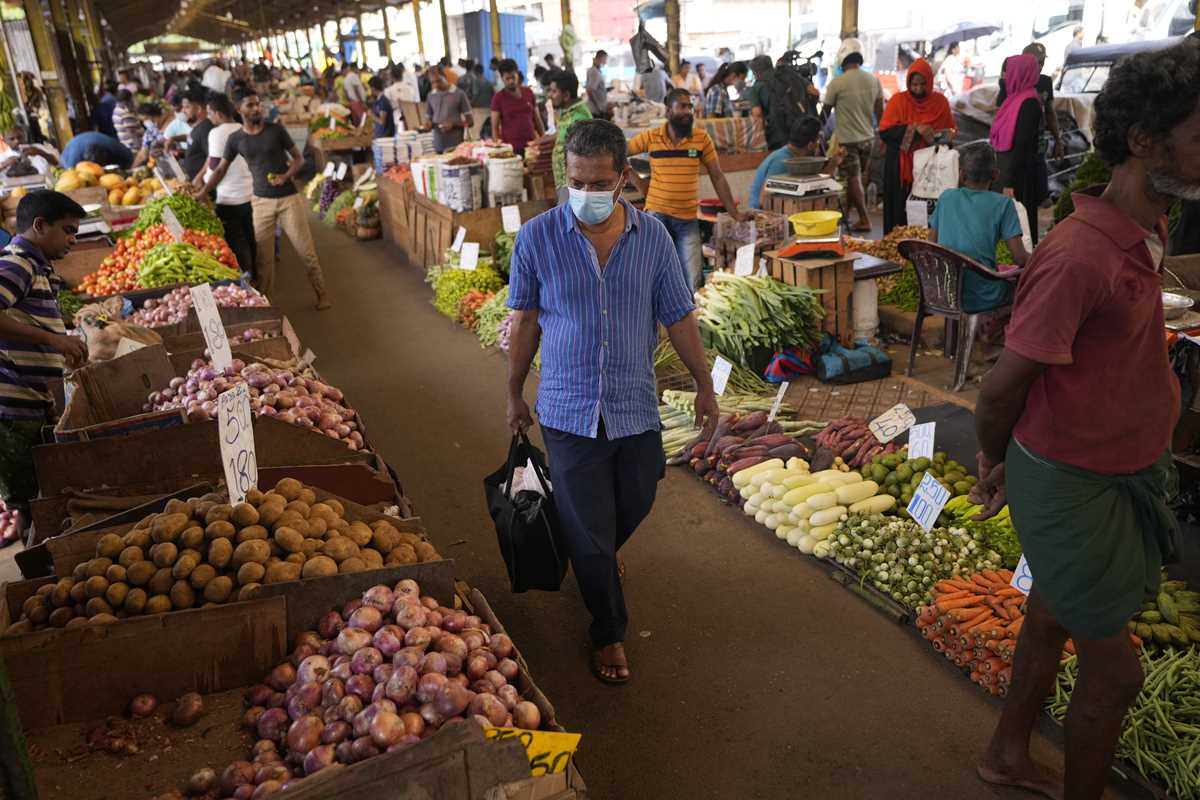 A man shops for vegetables at a market in Colombo, Sri Lanka, Friday, June 10,2022. The Asian Development Bank said Tuesday, Sept. 27, 2022, it will devote at least $14 billion through 2025 to help ease a worsening food crisis in the Asia-Pacific. (AP Photo/Eranga Jayawardena, File) 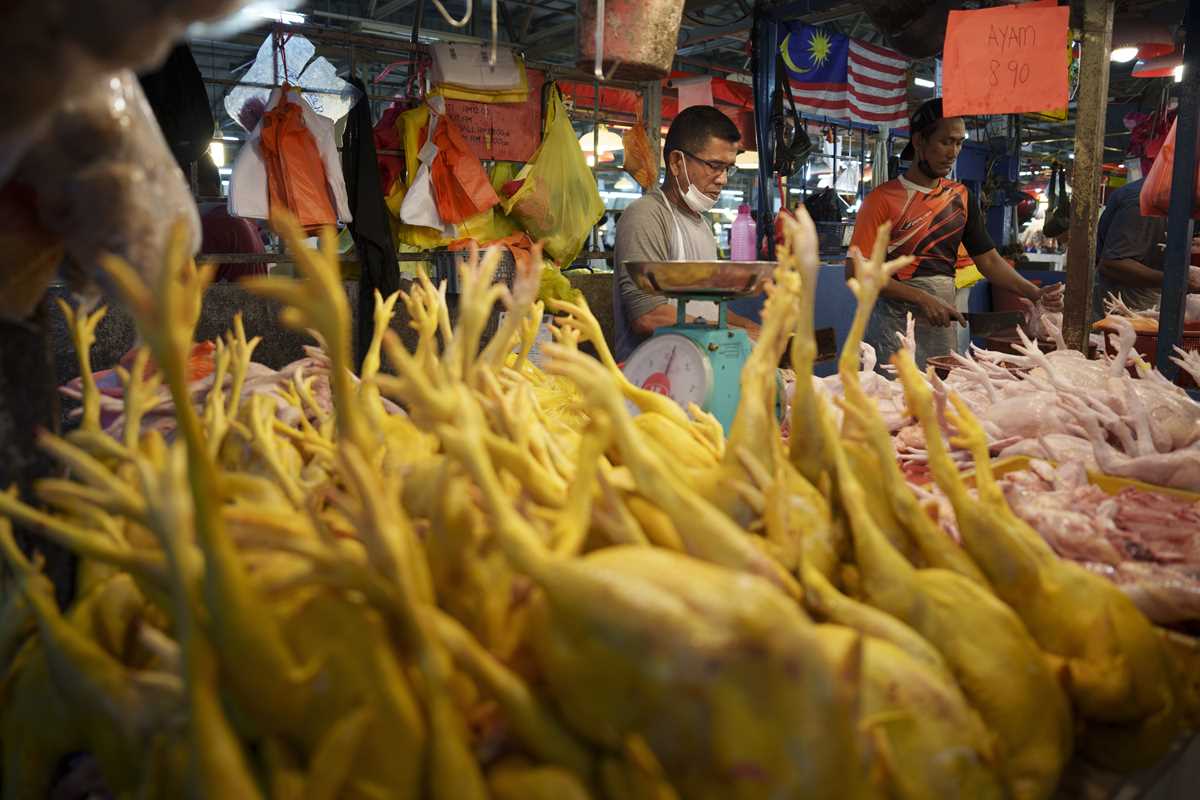 A vendor prepares freshly butchered chickens at the Kampung Baru wet market in Kuala Lumpur, Malaysia, Tuesday, May 31, 2022. The Asian Development Bank said Tuesday, Sept. 27, 2022, it will devote at least $14 billion through 2025 to help ease a worsening food crisis in the Asia-Pacific. (AP Photo/Vincent Thian, File)

MANILA, Philippines (AP) — The Asian Development Bank said Tuesday it will devote at least $14 billion through 2025 to help ease a worsening food crisis in the Asia-Pacific.

The development lender said it plans a comprehensive program of support to help the 1.1 billion people in the region who lack healthy diets due to poverty and soaring food prices.

The Manila, Philippines-based ADB made the announcement during its annual meeting.

“This is a timely and urgently needed response to a crisis that is leaving too many poor families in Asia hungry and in deeper poverty,” ADB President Masatsugu Asakawa said.

The plan calls for improving long-term food security by strengthening farming and food supplies to cope with climate change and loss of biodiversity. The ADB said the funds will go to both existing and new projects spanning farming, food production and distribution, water resources management and social supports.

Asakawa said that in the short-term, support will be targeted at and designed to help the most vulnerable, particularly women.

In opening the ADB meeting, Asakawa noted that the economic outlook has worsened with the Russian invasion of Ukraine, soaring prices for many commodities and a harsher economic environment thanks to rising interest rates and weakening currencies for many developing economies.

In a recent update, the bank downgraded its forecast for growth in the region to 4.3% from an earlier estimate of 5.2%. Next year’s outlook is for 4.9% annual growth.

Food insecurity threatens to undo decades of progress and has worsened with the strife in Ukraine, a key supplier of grain, oil and fertilizer to many countries in the region.

Last week, the U.N. food chief warned the world is facing “a perfect storm on top of a perfect storm,” urging donors, particularly Gulf nations and billionaires, to give a few days of profits to tackle a fertilizer supply crisis to prevent widespread food shortages next year.

In just one example, in Pakistan, massive floods this summer have wiped out large swaths of crops, adding to worries over food shortages.

Even before the floods, some 38 million Pakistanis, more than 16% of the population, were living in moderate or severe food insecurity, uncertain they could obtain food or at times going without eating, according to the World Health Organization. Nearly 18% of children were acutely malnourished.

Pakistan’s economy already was reeling from mounting debt problems and soaring prices. The blow to the food supply and incomes will tip those populations deeper into hunger, U.N. agencies have warned.

The coronavirus pandemic had already pushed 100 million more people into hunger, the ADB estimates. A 10% increase in food price inflation could push another 64 million into poverty, it says.

Since 2018, one of the most compelling sectors for growth-oriented investors is the sports betting sector. That was the year the U.S. Supreme Court allowed states to legalize sports betting. Since then 30 states have taken that step including New York and New Jersey which are two key markets. In fact, the state of New York broke a record when it legalized online sports betting in January 2022.

This makes it a good time to consider investing in sports betting stocks. Many of these stocks are trading at significant discounts as part of the broad market sell-off. The reason for this is competition. There are a nearly endless number of online sportsbooks competing for consumer dollars.

And it would appear there’s enough revenue to go around. According to Data Bridge Market Research, the global sports betting market is expected to grow at a compound annual growth rate of 10.26% between now and 2029.

View the “7 Sports Betting Stocks to Buy for Their Long-Term Possibilities”.