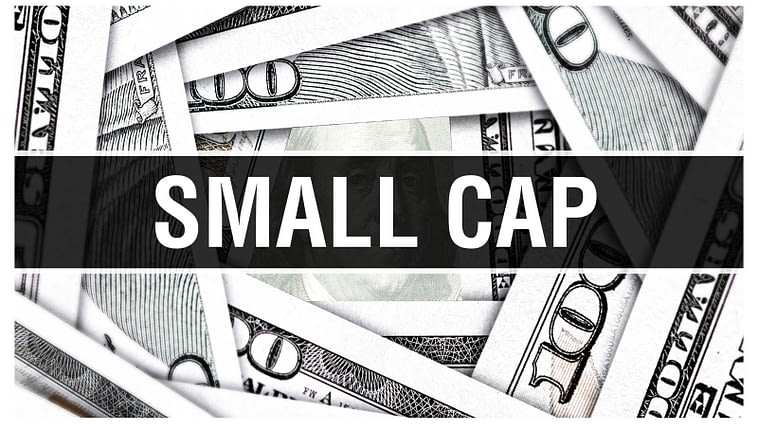 In his Saturday update to Early Stage Investor subscribers, Luke Lango called attention to something interesting that happened last week…

In other words, this wasn’t just a one-day blip where small- and mid-cap growth stocks soared. We’ve had plenty of those one-off days before.

What happened this past week – and actually started two Fridays ago – is a multi-day stretch of growth stock outperformance that’s been very rare since February.

So, why was this a big deal? And what’s the broader significance?

Well, the punch line is that this might signal we’re entering a market where small- and medium-cap growth stocks are about to surge. And historically, that’s a recipe for significant wealth creation…fast.

But to fill in the details, let’s back up to make sure we’re all on the same page when it comes to small-cap versus large-cap and growth versus value.

***The simple math behind small-cap gains versus large-cap gains

For anyone less familiar, “cap” refers to “market capitalization.”

On one end of this market-cap spectrum, you have tiny nano cap stocks. These stocks have market capitalizations of less than $50 million.

On the other end, you have mega-cap stocks. Here, we’re usually talking a market cap greater than $200 billion.

Now, these numbers don’t adequately convey the immense scope of this range. The difference between a small-cap stock and a large-cap stock can be enormous.

Take a small-cap with a market value of $500 million.

Compared to Apple, this small-cap stock makes up just 0.02% of Apple’s $2.5 trillion market-cap.

Another way to think of it is that in order to equal Apple’s size, you’d have to amass 5,000 different companies with $500 million market caps.

But if you’re looking for explosive growth, you don’t want to look at large-caps. You want to go small- and medium-cap.

Our CEO, Brian Hunt, wrote an essay on this. Here he is, explaining the rationale:

Small cap companies have much greater potential to produce giant returns for their shareholders in a short time than any other kind of company.

The reason is simple.

That’s just basic math. If your daughter sold 10 boxes of Girl Scout Cookies around the neighborhood on her own, you could probably help grow her results 10-times (selling 100 boxes) by driving her around and putting a little pressure on your friends or coworkers to buy some boxes.

What if your daughter was a natural saleswoman and had sold 100 boxes on her own? To enjoy 10-times growth under that scenario, she’d have to sell 1,000 boxes. Not so easy anymore. That’s the mathematical challenge behind enjoying giant growth when a company is already doing giant sales.

Now, we’ll return to market-caps in a moment. Let’s first turn to growth versus value.

There are many different market approaches, but perhaps the two best-known are “value” and “growth.”

Value investors look for stocks that they believe are trading at prices lower than their true value. You can measure this price discount many ways – relative to earnings, perhaps assets, maybe cash flow.

The idea is that when the market realizes that a stock is undervalued, investors will rush in, driving up the price. The value investor who was already invested in the stock enjoys these price gains.

On the other hand, there’s a growth approach. As the name suggests, a growth investor looks for a company that he believes will grow at above-average, accelerated rates.

Here, the idea is that this rapid growth will warrant a lofty, and increasing, market price.

Neither approach is better. They each have their moment in the sun as investors’ moods and market conditions cycle over the years.

You can see this in the chart below. Spanning 1928 through 2019, the green lines show the years in which a value approach beat growth. The blue lines show when growth beat value.

Now, as we just said, neither approach is fundamentally superior. But adopting the right approach for a given market condition is important if you want to maximize your returns.

For newer Digest readers, Luke is our hypergrowth expert, and the analyst behind Early Stage Investor. His specialty is finding market-leading tech innovators that are pioneering explosive trends, capable of generating outsized investor wealth.

As we noted at the top of this Digest, Luke just called attention to what might be a shift in the prevailing market condition – specifically, one in which small- to mid-cap growth strategies take the lead.

Historically, the combination of small- and mid-cap stocks, with a market environment that favors growth stocks, is a powerful way for investors to rack up huge gains quickly.

So, are we seeing a shifting market?

It’s too early to say for sure – but we do think the data is trending in our favor.

There were a few important developments this week we’d like to highlight:

Second, Luke points toward how, last week, mid-cap growth stocks rose even on down days for the broad market. The term for this is “behaving well.” It shows this type of stock is still in-demand even when there’s broader market weakness.

Third, there’s the “Goldilocks” environment being created by economic data.

Back to Luke on this point:

This week, the Markit manufacturing and services Purchasing Managers Indexes (PMIs) both came in at multi-month lows and missed expectations – but still signaled strong expansion.

Clearly, the economic data is a mixed bag today. There’s some good and some bad. But this not-too-hot and not-too-cold “Goldilocks” type of data is perfect, because it will simultaneously sustain expansion while also keeping the Fed on the sidelines.

I’ll add that this morning brought news that August private payroll numbers came in woefully short of estimates. The increase was 374,000, while the forecast was 600,000. “Not-too-hot” is right.

Next, Luke points toward the $3.5 trillion budget resolution and the $1 trillion infrastructure plan that appear on the cusp of becoming reality. If they’re voted into law, a tremendous amount of money will flow to technology sectors that are home to many small- and mid-cap growth companies.

So, what’s the bottom-line in all this?

Overall, we aren’t going say this is the long overdue inflection point we’ve been waiting for when growth stocks retake the lead on Wall Street.

Two weeks ago, Luke held a special, live event called the “1 to 30 Wealth Summit” which was all about cutting-edge technology and how to invest in it. The type of stocks he identified fall into this “small- and mid-cap growth” bucket.

In the two weeks since, the portfolio has been soaring.

Currently consisting of nine stocks, this “1 to 30” hypergrowth portfolio is already averaging double-digit gains. One of the positions has already tacked on 40% growth.

On the defensive end of the portfolio, only one position is in the red, down not even 2%.

Perhaps most impressively, Luke released his latest pick two days ago. That stock is already up 11%. As we noted earlier, this is the kind of fast, sizeable wealth creation that can happen when market conditions favor small- and mid-cap growth plays.

To learn more about Luke’s portfolio, click here. In the meantime, as we get more confirmation about the potential for a sustained change in market leadership, we’ll let you know here in the Digest.