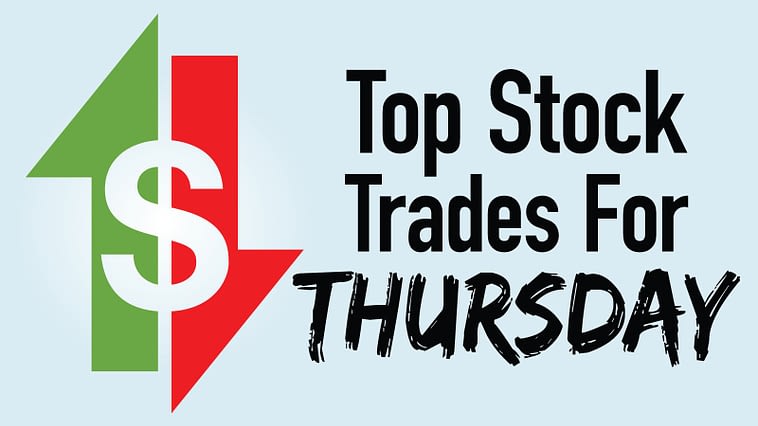 On the first day of trading for September, the Nasdaq Composite ripped to new all-time highs, although the stock market stumbled late in the session. That said, let’s look at a few top stock trades as we approach the long holiday weekend.

Earlier this week, I looked at Ethereum (CCC:ETH-USD). At the time, we noted the clear consolidation that Ethereum was going through while investors were waiting to see if it could clear $3,300.

It cleared it all right, surging toward $3,800 in just two days. So far, Ethereum is finding some selling pressure near the 78.6% retracement. If Ethereum can clear this level, $4,000 is on the table. Above that, and the all-time high near $4,400 is possible.

On the downside, keep an eye on the $3,300 to $3,350 area. That zone should be support in the event of a larger pullback. That is, until the 10-day moving average can catch up and hopefully act as support.

For those that missed this setup, save the chart and remember it. These patterns repeat themselves over and over again.

What in the world happened to AbbVie (NYSE:ABBV), a name that had been a very consistent performer over the past year? Down just more than 7% on the day, and this one has been hit hard.

AbbVie found support from a number of measures, including the 50-week moving average, the weekly VWAP and the $109 level (which was former resistance). Bulls hopefully were able to buy at a better price, but in any case, they can be long against today’s low.

From here, let’s see if ABBV stock can reclaim the August low at $112.92. This is a key level, as it’s within three cents of the July low as well. Back above it puts the 50-day moving average in play.

Chewy (NYSE:CHWY) reported earnings after the close. The stock has recovered nicely from the lows, but is by no means enjoying a surge.

Notably, the stock continues to enjoy dips to the 50-day moving average, where it has typically bounced from. It’s also leaning on the weekly VWAP measure.

If the stock suffers from a bearish reaction, look to see if it can hold the August low near $81.50. Below could put the key $75 to $77 zone on the table.

Lucid Motors (NASDAQ:LCID) is getting smashed on the day, falling almost 11%. This is one that I recently warned about too. I didn’t like this chart at all as Lucid broke below the 200-day moving average earlier this week.

It gapped below the key $17.62 level on Wednesday, although it was able to recovery it by the close, albeit barely.

I guess if aggressive bulls really like this name, they could be long it against today’s low. Other than that, below $17.62, and this one is going to be a “no-touch” for me.

Nonetheless, above Wednesday’s high, and we’ll see if Lucid can fill the gap back up to $19.92.

On the date of publication, Bret Kenwell did not have (either directly or indirectly) any positions in the securities mentioned in this article. The opinions expressed in this article are those of the writer, subject to the biedexmarkets.com.com Publishing Guidelines.

Bret Kenwell is the manager and author of Future Blue Chips and is on Twitter @BretKenwell.