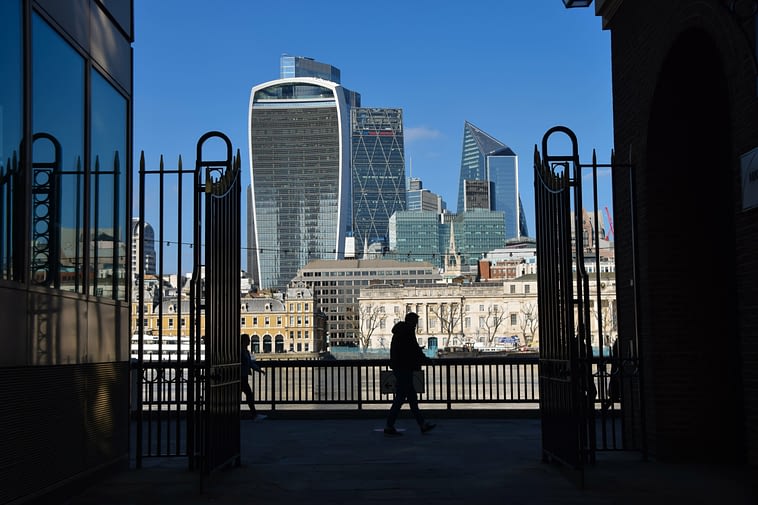 A view of the City of London on a clear day.

LONDON — About 10% of London offices could soon become unusable when new rules on energy efficiency are implemented, according to analysis from a leading real estate company.

In this context, analysis published last week by Colliers showed that around 20 million square feet of London workspace, representing almost 10% of the total stock, are not compliant with these rules.

It raises questions about the future of these office blocks, particularly at a time when many workers are pushing to partly work from home amid the ongoing coronavirus pandemic.

“It is like a double-hit for these buildings,” Andrew Burrell, chief property economist at Capital Economics, told CNBC, referring to the upcoming environmental regulations and the impact of the Covid-19 crisis.

Offices that do not comply with the energy efficiency rules are at risk of becoming “obsolete,” he added.

This is coming quicker than [landlords] expected.

In addition, the same study found that only approximately 20% of central London offices currently have an energy classification of ‘A’ and ‘B’, with around 57% of workspaces in the U.K. capital city falling into the ‘D’ and ‘G’ categories.

Tom Wildash, co-head of West End leasing at Colliers, told CNBC that landlords have to decide whether to upgrade their buildings to an energy rating of ‘E’ to comply with the 2023 rules or renew the energy rating directly to a ‘B’ to comply with 2030 legislation. The U.K. government has reportedly consulted on legislation that could mean only ‘A’ or ‘B’ ratings for non-domestic buildings can be leased by 2030.

“This is coming quicker than [landlords] expected,” Wildash said, adding that “behind the scenes they will probably tell you it is under control.”

Landsec and British Land, two leading office developers in London, have introduced their own plans to become carbon neutral in the coming years. However, the new energy rules will demand refurbishments and therefore additional costs in some of the existing stock.

“Refurbishment is a vital tool in real estate’s race to net zero. With the retention of structures, careful selection of new materials and modern construction techniques the embodied carbon of a refurbishment project could represent a 50% saving compared to a new build,” James Pay, head of sustainability at Colliers, said in a statement.

When speaking with CNBC, Pay said occupiers are open to refurbishment options instead of a premium new building.

Data released by the U.K.’s Office for National Statistics showed the proportion of online retail spending, though it came down in June, it is still higher than the levels seen pre-pandemic.

Colliers’ Wildash told CNBC that it is safe to project that about 10% of the retail spaces in London will also require updates to become more energy efficient.